By Your Content Staff
Modified 1 day ago
November 25, 2021
Featured

Judge John P. Capuzzi went to bar for his colleague and pal, Judge Jack Whelan, in effort to hide his involvement in a criminal trial held in a closed courtroom in mid-October 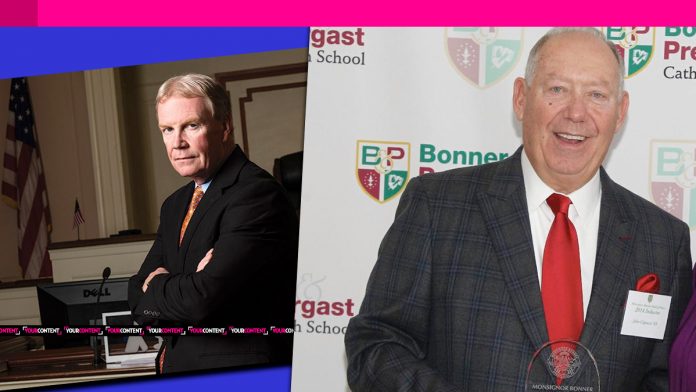 Delaware County Court of Common Pleas Judge John P. Capuzzi went to bar for his colleague and pal, Judge Jack Whelan, in effort to block his involvement in a “fake news” trial that was held in a closed courtroom in mid-October, Your Content is first to report.

“Additionally, we’ve got some concerns because our—although the trial docket is a public record and the trial list is—or the trial docket is updated daily, our witness list has yet to appear on it. The State’s—the Motion to Quash has yet to appear. This, together with the Court’s reluctance to place Mr. Whalen’s name on the witness list, as evidence by an unusual request for a proffer prior to the proceedings and our having to—“

Nik Tzimas Hatziefstathiou, otherwise known as ‘Nik the Hat,’ who was succeeded as Editor-in-Chief by the publication’s deputy editor, will remain CEO of Original Media Group Corporation for an undetermined period when the transition occurred in mid-September.

“No,” Pattis responded. “You’re misunderstanding me, and if I misspoke, I apologize. I believe that we were asked to give a proffer of our witnesses and we respectfully requested that we not be permitted—or required to do so and the Court did not. The Supreme Court of the State, Counsel for the Supreme Court, has filed a Motion to Quash, and there’ll be a separate hearing tomorrow, but I note that, from our perspective, the Court seemed reluctant to even mention Mr. Whelan’s name when we announced the witness list.

“It appears to us that the concerns that Commonwealth v. Hayes raised; that is that a trial be closed to the public in derogation of a person’s public trial rights, yielding what could resemble a star chamber proceeding, we’re not in star chamber territory, but we feel that the public’s right of access to the Court and to information about these proceedings has been impeded in ways that we believe are unheralding and so we would ask for an evidentiary hearing. I’d like to put Mr. Boggs on the stand. And I would like to find out by what authority a Park Police Officer stood in a hallway of this Court and told a member of the public he could not enter this courtroom — the hallway or this courtroom. That, to my mind, is shocking and so I’m asking simply for a brief hearing that could take place during deliberations.” Pattis concluded.

“I will consider it overnight.” Judge Capuzzi said. “But I did mention Mr. Whalen’s name on the record, put it up at your request so the jury — when we went through the voir dire, his name was on there, as everybody else’s name.”

Pattis fired back: “Well, it wasn’t. I believe you told us at side bar, and the record will speak for itself, that you weren’t going to mention his name and we insisted and the Court did so. And I took that to be a reluctance that amounted to an unusual solicitude for what we regard as a fact witness, and I don’t say that to be confrontational too.”

“When you request a sitting Judge’s testimony, that raises a question. So — but I acquiesced. And took it upon myself.”