By Your Content Staff
Modified 10 mins ago
November 25, 2021
Featured 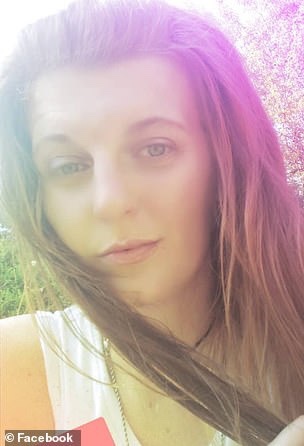 A Georgia woman working as a webcam model for multiple adult sites accidentally shot herself in the vagina earlier this month, a police report chronicling the bizarre incident reveals, in what a witness says was a pornographic video gone horribly wrong, Your Content has learned.

Lauren Hunter Daman, 27, accidentally discharged the weapon, a 9mm handgun, while alone in her bedroom the morning of November 9, Upson County cops say.

Officers were called to Daman’s Thomaston home – which she shares with at least 3 others – around noon, receiving a report of an ‘accidental gunshot wound’.

Upon their arrival, police learned from a paramedic already at the scene that Daman ‘had shot herself in her vagina, accidentally,’ a police report reveals.

Officers then learned from one of Daman’s housemates that the woman works as a webcam model for the popular adult site ‘Chaturbate’.

The housemate further revealed that he believed Daman was recording when the gun went off.

The woman was medevac’d to a hospital 40 miles away in Macon that afternoon, and was only released earlier this week.

Criminal charges will likely not be filed in the case, Upson County sheriff says,’according to The Daily Mail.