‘He was badly beaten’: 82-year-old man is dragged from his 1996 Buick Century and attacked by FORTY ATV riders in Boston
&

By Your Content Staff
Modified 4 days ago
November 25, 2021
Featured 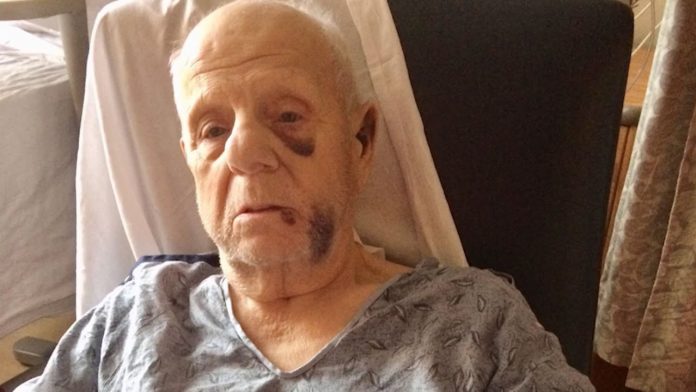 elderly Massachusetts man was surrounded and assaulted by a gang of as many as 40 ATV riders and dirt bikers last week. The man, 82, who did not want to be named by police or his family, suffered serious injuries and remains in a local hospital, Your Content has learned.

The incident took place last Thursday at around 7:30 p.m.

The man observed about 30 or 40 off-road motorcycles and ATVs approaching his vehicle.

The gang forced him onto the curb on the right-hand side of the road, and several of them began smashing the windows of the victim’s car.

The 82-year-old man was able to get away and attempted to drive to a police station for help, but the dirt bike and ATV riders followed him.

No one in the family knows why their dad was attacked, or what the group’s intentions were,’ according to The Daily Mail.