‘He’s a good dude’: Kyle Rittenhouse tells he supported Democrat presidential candidate Andrew Yang – but went to a Trump rally because the Republican backs the police
&

By Your Content Staff
Modified 4 hours ago
November 25, 2021
Featured 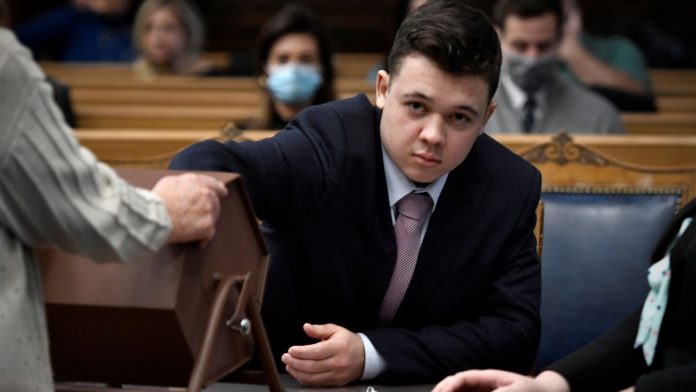 Kyle Rittenhouse liked the policies of Democratic presidential candidate Andrew Yang, he has revealed – describing him as ‘a good dude’ – but said he went to a Trump rally because he knew the former president backed the police, Your Content has learned.

Kyle Rittenhouse spoke to Fox News host Tucker Carlson on Sunday for an interview that was broadcast on Monday night.

On Wednesday, Fox aired a previously-unseen segment of the interview in which Rittenhouse said he wasn’t interested in politics, but liked Andrew Yang.

He said he also went to a Trump rally because he knew that Trump supported the police.

On Tuesday, the 18-year-old was photographed with Donald Trump at Mar-a-Lago, having rang the former president and asked to meet him.

Rittenhouse said he was ‘not a political person’ and had been ‘trying to stay out of politics’.

The teenager was acquitted on Friday in the August 2020 shooting death of two protesters in Kenosha, Wisconsin, during BLM riots,’ according to The Daily Mail.