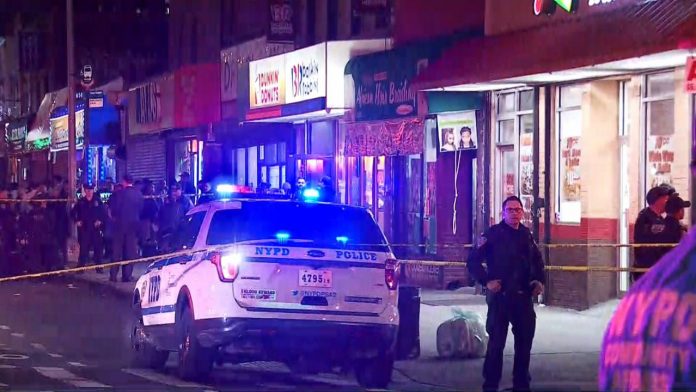 Two New York City police officers were shot and injured during a confrontation with an armed suspect in the Bronx on Wednesday night, Your Content has learned.

The violent altercation occurred in the Bronx on Wednesday night.

Both the officers approached the suspect when responding to a call of a man with a firearm at the location when gunfire quickly broke out.

The police shooting comes are gun violence continues to climb in the city.

A leaked poll revealed more than half of NYPD officers regret joining the force,’ according to The Daily Mail.

Both female officer who’s also in Air Force Reserves and an 8-year veteran of the force expected to survive.