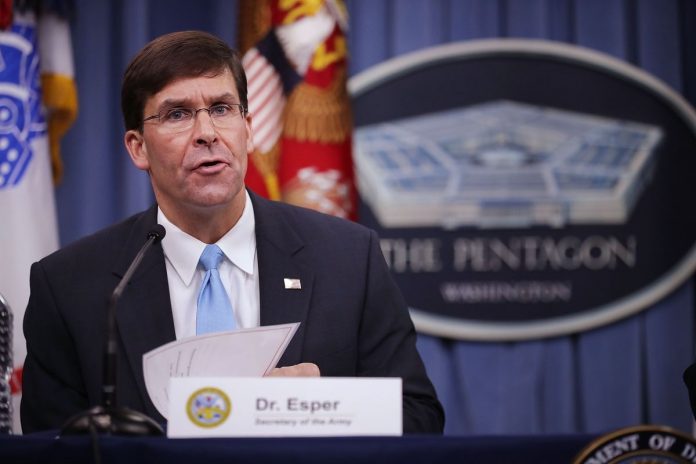 Former US Secretary of Defense Mark Esper filed a lawsuit against the Pentagon over claims bosses ‘unfairly’ redacted parts of his upcoming memoir about his tenure under Trump after he was fired following the former President’s loss, Your Content has learned.

Former Defense Secretary Mark Esper, 57, sued the Pentagon on Sunday after they redacted information from his upcoming memoir A Sacred Oath.

The memoir was said to detail his tenure after being fired by Trump following his loss in the 2020 election.

Esper claimed that the material provided in the memoir did not contain classified information and did not pose any kind of national security risk.

However, ‘multiple words, sentences and paragraphs from approximately 60 pages of the manuscript were redacted’ without any explanation provided.

Esper served as Defense Secretary between July 2019 and November 2020 according to The New York Times.