NYC ‘career criminal,’ 23, is charged with attempted murder for ‘opening fire and wounding two cops’ who were responding to a 911 call on Thanksgiving Eve
N 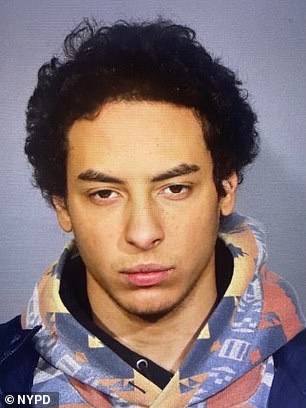 A ‘career criminal’ with more than half-dozen of prior arrests has been charged after he allegedly opened fire and wounded two NYPD officers on Thanksgiving eve, Your Content has learned.

Charlie Vasquez, 23, from Brooklyn, was charged with two counts of attempted murder, assault, criminal use of a firearm and criminal possession of a weapon.

Vasquez was arrested in The Bronx, near the 48th Precinct, on Wednesday, after he reportedly opened fire on NYPD officers Alejandra Jacobs and Robert Holmes.

Jacobs, a military veteran, was shot twice in the right arm, while Holmes, who has been in the department for eight years, was shot in his right armpit area.

Holmes and Jacobs were treated at St. Barnabas Hospital. They have since been released and are expected to make a full recovery.

Police said Vasquez had eight prior arrests, once for criminal possession of a weapon for allegedly pulling a gun on a 32-year-old male during a fight in 2017.

‘This is a Thanksgiving ‘tradition’ we never want to repeat,’ the Police Benevolent Association (NYC PBA) tweeted after both officers were discharged,’according to The New York Post.