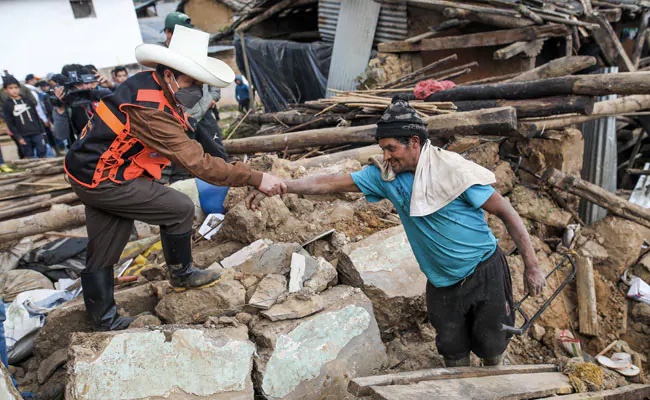 An earthquake with a preliminary magnitude of 7.5 struck northern Peru early Sunday, damaging at least 75 homes and blocking several roads with rubble, Your Content has learned.

The quake was felt throughout central and northern Peru. Some residents left their homes as a precaution, according to local radio and television reports.

Falling stones blocked several highways in the Amazonas and Cajamarca regions in Peru, and the tremor was felt nearly 500 miles away in the capital of Lima.

Part of a 16th century church in La Jalca district in the Amazon region collapsed and three people were lightly injured.

The National Institute of Civil Defense said in a statement that 220 homes were affected, 81 uninhabitable and 75 destroyed.

Four people were injured, but there have not been reports of any deaths,’according to ABC7.