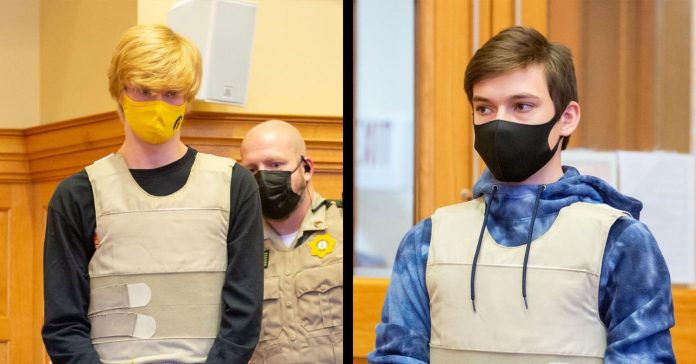 Two southeastern Iowa teenagers pleaded not guilty Monday to killing their high school Spanish teacher, whose body was found earlier this month in a park where she took daily walks in the sleepy Iowa town of Fairfield , Your Content has learned.

Willard Noble Chaiden Miller and Jeremy Everett Goodale, both 16, accused of killing Spanish teacher Nohema Graber have pleaded not guilty to her murder.

Body was found under wheelbarrow at Chautauqua Park in Fairfield in November.

Miller and Goodale, who both attended Fairfield High School where Graber taught, have been charged as adults in murder.

The pair are being held on $1m bond, but they have asked bond to be lowered so they can be released from jail, while prosecutors want it to be raised to $2m.

Judge Joel Yates has said he will rule on the pair’s bond later in the week ,’according to NBC News.