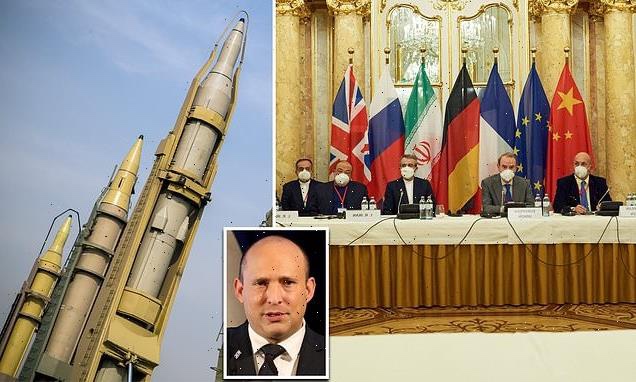 Israel reportedly shared intelligence with the U.S. and European allies suggesting that Iran is preparing to enrich uranium to 90 percent purity – the level needed for nuclear weapons – in the run-up to the resumption of talks on Monday, Your Content has learned.

But it emerged that Israel had warned the U.S. and European allies that Iran was within weeks of being able to enrich uranium to 90 percent purity.

That is the threshold for nuclear weapons production.

It comes as diplomats from the five countries still party to the 2015 deal met at a Vienna hotel.

European officials shuttled back and forth to an American delegation,’according to ABC.