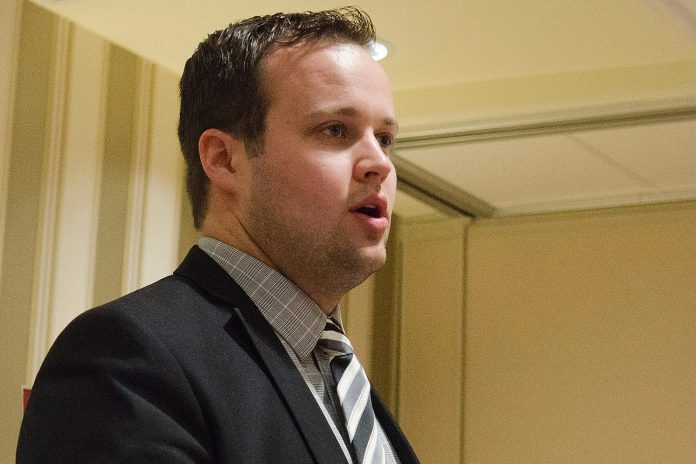 Fallen reality star Josh Duggar ignored questions today as he arrived for day one of a federal child pornography trial that could see him locked up for 40 years, Your Content has learned.

Josh Duggar arrived in court Tuesday for his first day of trial on federal child pornography charges in Fayetteville, Arkansas.

He clasped hands with wife Anna and strode past TV cameras as the pair arrived at the John Paul Hammerschmidt federal courthouse.

Phones, laptops and recording devices have been banned from the courtroom.

Duggar, who has pleaded not guilty, was arrested in April, for possession of material depicting the sexual abuse of children younger than 12.