Waukesha parade killer Darrell Brooks got $1,000 bail despite scoring 6 out of 6 on risk of new criminal activity and 4 out of 6 on failure to appear in court, new docs show
W 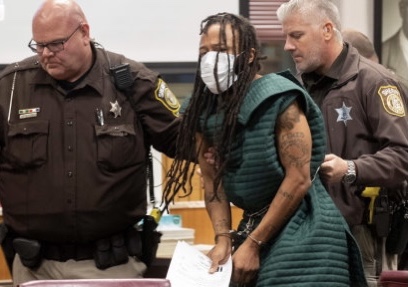 Waukesha Christmas parade killer Darrell Brooks was granted a $1,000 bail despite scoring 6 out of 6 on a risk of new criminal activity assessment and a 4 out of 6 on a failure to appear in court test, documents revealed on Tuesday, Your Content has learned.

Darrell Brooks, 39, was granted a $1,000 bail despite answering ‘yes’ to all six questions regarding the risk factors when allowing him out on bail.

The assessment took note of Brooks’ criminal history, which spans more than two decades, beginning when he was just 17 years old.

He also has a history of skipping court and scored a 4 out of 6 on the evaluation of his failures to show up for his hearings.

Social media footage from the parade showed Brooks speeding in his SUV and colliding into a group of people marching in the middle of the street.

Brooks is being charged with six counts of first-degree intentional homicide and faces life in prison if convicted,’according to FOX News.