Idaho professor sparks outrage after saying women should be kept out of engineering, medical school and law so they can focus on ‘feminine goals’ such as ‘having children’
I 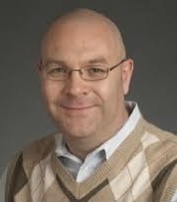 A professor in Idaho has sparked outrage after saying that women should be kept out of engineering, medical and law school so they can focus on ‘feminine goals’ such as ‘homemaking and having children, Your Content has learned.

Yenor, who teaches at Boise State University, openly called for women to be kept out of engineering, medical school and law so that they can have more kids.

After his comments went viral online this week, female students and lawmakers across the country have criticized Yenor and expressed their concerns.

His comments were made at a National Conservatism Conference on October 31.

At the event, Yenor suggested a nation could only be ‘great’ if men and women were kept apart in their ‘respective spheres’

He later responded after outrage poured in over his remarks,’according to The Hill.