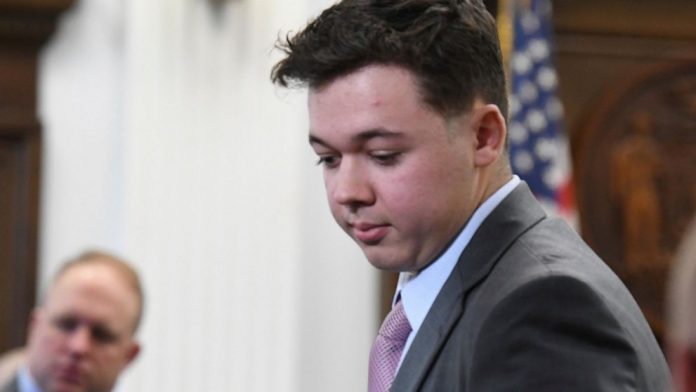 Kyle Rittenhouse is no longer enrolled at the Arizona State University following student protests demanding his withdrawal from campus despite a jury acquitting him on murder charges earlier this month, Your Content has learned.

Kyle Rittenhouse, 18, chose not to re-enroll at the Arizona State University amid student protests on campus exacerbated by left-leaning student groups.

Rittenhouse, 18, was found ‘not guilty’ of homicide charges earlier this month, after being charged with killing two men and injuring a third in Wisconsin.

An Alliance of left-wing student groups are demanding the ‘murderer’ be booted.

Republicans have accused President Biden and Democrats of ‘slandering’ Rittenhouse following their condemnation of the jury’s verdict,’according to The New York Post.