The Roman man who was boiled alive while trying to flee Vesuvius: Skeleton of ‘Last Fugitive’ who died horribly in cloud of 1000F toxic gas while clutching a wooden box containing a small ring in 79AD is unveiled
T 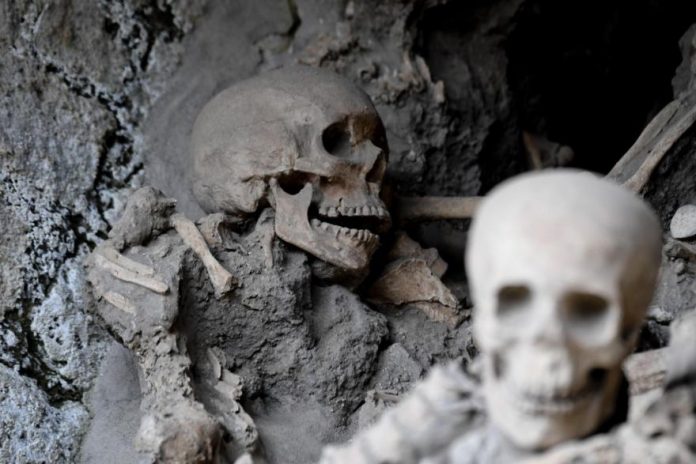 Extraordinary images reveal the skeletal remains of the ‘last fugitive’ who died a horrific death during the catastrophic Mount Vesuvius eruption in 79 A.D, Your Content has learned.

The remains of the man, who archeologists believe was between 40 and 45 years old, were uncovered by researchers in what was once the city of Herculaneum.

Scientists believe the victim was killed just steps away from the sea as he tried to flee from the scorching magma and a cloud of ash and toxic gas which erupted from Mount Vesuvius.

Unusually, the man’s skeleton shows his face turned upwards, suggesting that he had faced the deadly cloud,’according to Daily Advent.