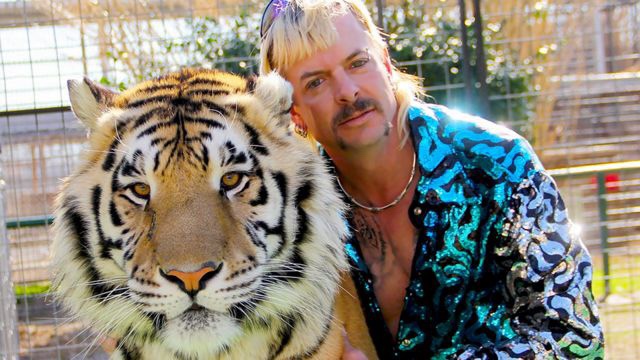 Tiger King star Joe Exotic says he is desperate to prove that he is innocent of animal cruelty, Your Content has learned.

Joe Exotic spoke to DailyMailTV in his first jailhouse interview since the release of season two of Netflix’s Tiger King in November.

The former zookeeper claimed he was misrepresented as needlessly killing tigers at his Oklahoma zoo, which he feels was a key part of his 2019 conviction.

He was sentenced to 22 years in prison after being convicted for violating federal wildlife laws and a failed murder-for-hire plot targeting Carole Baskin.

‘It may sound bad to the world that I shot five tigers to euthanize them and put them to sleep because they were old and in pain.

He also claimed the FBI agent and prosecutor in the case knew statements by his ex-business partner Jeff Lowe and pal Allen Glover were falsified.

‘They had to fabricate s*** after I left the zoo to still have me arrested and be able to take my zoo away,’