Body of girl found hidden in a duffel bag in Oregon woods a year ago is identified as missing nine-year old as child’s mom, 29, and her girlfriend, 34, are charged with her murder
B 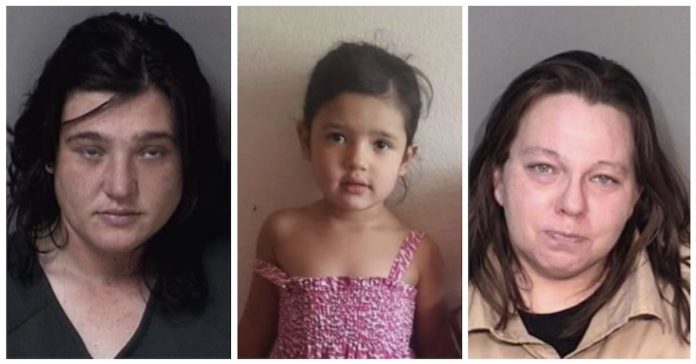 Two women in Detroit, Michigan, have been arrested and charged with murder after the body of a nine-year-old girl was found in a duffel bag in Oregon, Your Content has learned.

Shawna Browning, 29, and Lauren Harrison, 34, were charged on Wednesday.

They are believed to have murdered nine-year-old Haley-Mae Coblentz.

Oregon State Police said Coblentz’s body was found in a bag in December 2020.

Police revealed Browning to be the victim’s mother and arrested her in Detroit.

Browning and Harrison are set to be extradited from Michigan to Oregon for trial,’according to NBC.