Cops release surveillance video of woman, 20, and her boyfriend in 7-Eleven the day before she went missing Made ‘frantic’ phone call to her mother saying she’d fought with partner before disappearance
C 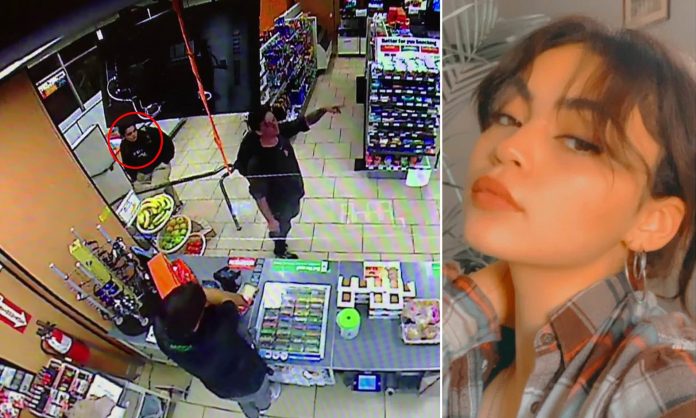 Cops released surveillance video of a missing 20-year-old woman in 7-Eleven the day before she disappeared following a ‘frantic’ phone call to her mother saying she’d fought with her boyfriend, Your Content has learned.

Cops released surveillance video of Lateche Norris, 20, and her boyfriend Joseph ‘Joey’ Smith, 25, in 7-Eleven the day before they both disappeared.

The couple were last seen in public at the convenience store, located at 222 Park Blvd in downtown San Diego on November 4 around 11.25pm.

Norris was wearing a zippered black sweatshirt over a navy t-shirt and khaki pants while Smith was in a black hoodie and sweatpants.

Norris, from Indiana, left to visit Smith days before last speaking to her family on the phone on November 5. Her social media activity stopped on the same day.

Smith and Norris wanted to be tattoo artists. Smith, from Aptos, California, has a history of criminal convictions for arson, vandalism and possession of drugs.

Norris’ mother Cheryl Walker flew to San Diego to search for her daughter on November 25 and has criticized San Diego police for not doing enough.

Anyone with any information on Norris’ whereabouts is being encouraged to call the SDPD at 619-531-2446 and reference case number 21-501043,’according to Independent.