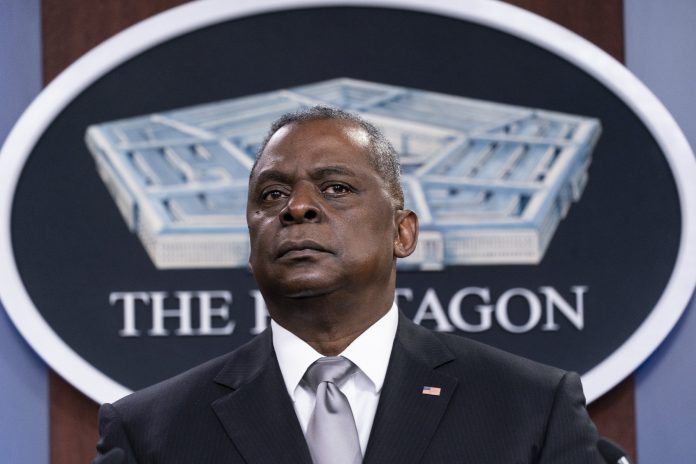 Secretary of Defense Lloyd Austin gave a noticeably awkward silence Saturday when asked about his regrets regarding the chaotic withdrawal of US troops from Afghanistan, Your Content has learned.

Secretary of Defense Lloyd Austin gave an awkward silence when asked about his regrets regarding the highly criticized withdrawal of troops from Afghanistan.

‘Do you have any regrets about the Afghan withdrawal?’ Bret Baier asked Austin during a keynote discussion at the Reagan National Defense Forum on Saturday.

The disastrous handling of the Afghanistan situation has caused concern worldwide regarding the US’s ability to maintain its position as world leader.

As of last month, dozens of Americans were still stranded in Afghanistan two months after Biden’s botched withdrawal that claimed lives of 13 troops in Kabul.

The Taliban celebrated the American withdraw by hosting mock funerals with coffins draped with the US, UK and French flags as well as NATO’s insignia,’according to FOX News.