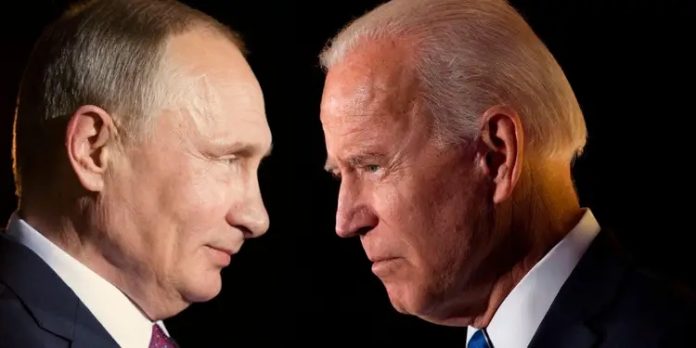 The Biden administration refused to rule out deploying additional US troops to Eastern Europe should Russian President Vladimir Putin invade Ukraine and President Joe Biden will threaten him with ‘substantial economic’ scantions shoud he make such a move, Your Content has learned.

Russian President Vladimir Putin has made preparations to invade Ukraine but it’s unclear he’s made the final decision to do so.

‘To be clear, we do not know whether President Putin has made a decision about further military escalation in Ukraine. But we do know that he is putting in place the capacity to engage in such escalation should he decide to do so,’ official said.

Russia has amassed troops along border with Ukraine.

Official would not commit to US boots on ground there but said United States would shore up its NATO allies in Eastern Europe.

US also working with European allies on ‘substantial economic’ sanctions.

Biden to speak with European allies today ahead of Putin call.

Secretary of State Anthony Blinken will speak with Ukraine President Zelensky on Monday ahead of Biden and Putin call.

Biden will call the Ukranian president in the days following his talk with Putin ,’according to CNBC.