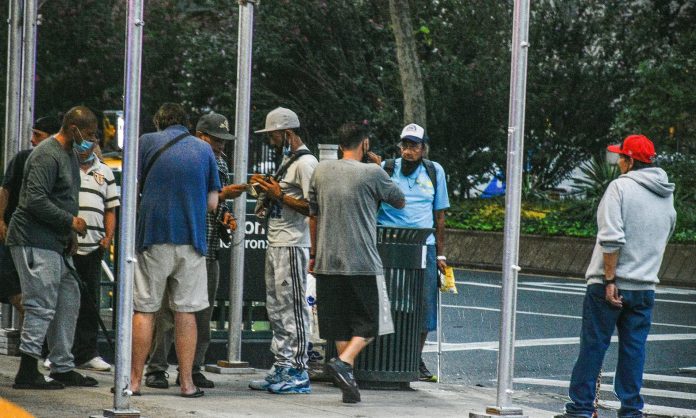 A homeless man in New York City with an extensive criminal record and an assault case pending against him was arrested last week for allegedly attacking two women at random just minutes apart, only to be released from jail under the state’s controversial bail reform laws, Your Content has learned.

Darrell Johnson, 28, charged with two misdemeanor counts of assault with intent to cause physical injury, and attempted assault and harassment counts.

Johnson’s rap sheet includes 15 arrests since 2014, including a run in with the law in August 2020 after he allegedly punched and kicked a man.

Under New York’s bail reform laws, a judge released Johnson from jail without bail in the wake of the August 2020 beating.

During Johnson’s arraignment, judge released him without bail because the charges against him were misdemeanors.