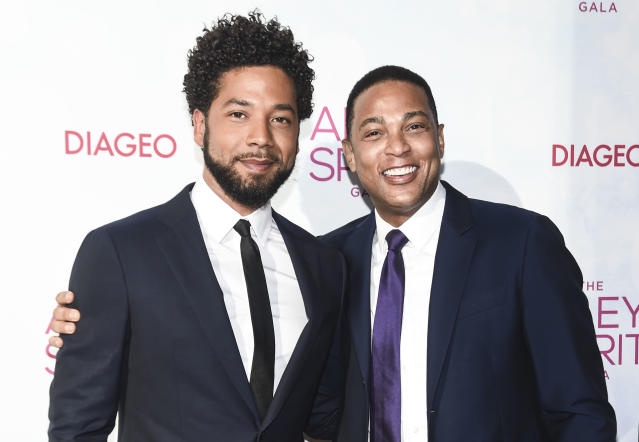 Jussie Smollett told his hoax attack trial on Monday that CNN host Don Lemon warned him Chicago police did not believe he was the victim of a racist homophobic attack, in what is being seen as another example of the network’s hosts using their clout and sources to help their friends, Your Content has learned.

Jussie Smollett testified on Monday that Don Lemon warned him Chicago cops did not believe his story.

It was before he was arrested for allegedly lying to police about being attacked back in February 2019.

Lemon, Smollett testified, told him he had been informed by a Chicago police officer of the doubt.

If true, it signals a huge conflict of interest for Lemon, a journalist, seemingly giving a suspect a head start.

Lemon ignored the issue on his show on Monday night but asked reporter Omar Jiminez for a run down of the day’s testimony.

CNN has not commented on the conflict or the fact Lemon ignored the issue on Monday night.

The network has only just fired Chris Cuomo for using his clout and contacts to help his brother Andrew.

Lemon is also being sued by a bartender in the Hamptons for an alleged incident in the summer of 2018.

The bartender says Lemon, who is openly gay, rubbed his own genitals then put his fingers in his face,’according to USA Today.