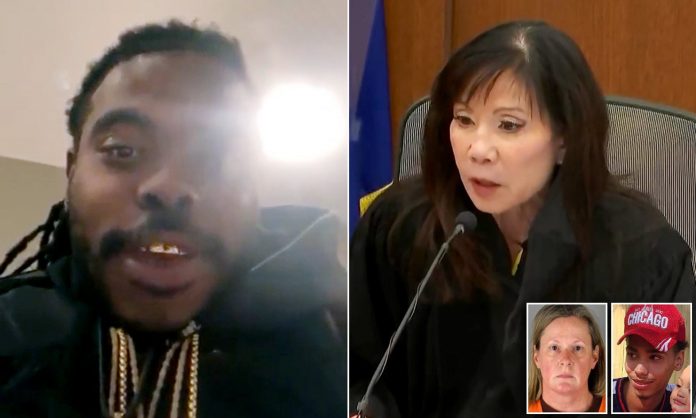 A Minneapolis man has been arrested and charged with attempting to intimidate the judge presiding over the trial of former police officer Kim Potter, who killed Daunte Wright, after he staged a protest outside the door of her apartment, Your Content has learned.

Cortez Rice, 32, was arrested on November 29 and charged with trying to intimidate Judge Regina Chu.

Chu, who presides over Hennepin County District Court in Minneapolis, is currently hearing the case of Kim Potter, the cop who killed Daunte Wright.

Chu initially ruled that Potter’s case could not be televised and Rice had been leading protests against her decision which she has now reversed.

Rice on November 6 live streamed himself standing outside what he said was Chu’s condo apartment, having apparently followed residents inside.

Rice was in court before Chu in October, in connection with a probation violation stemming from a conviction in 2017 for illegal weapons possession.

At that hearing, she chose to continue his probation rather than send him to prison, according to court records,’according to ABC.