‘Did you really not pull the trigger?’Alec Baldwin charges towards reporter outside Woody Allen’s townhouse after being grilled over claim that his gun ‘just went off’ on Rust set and fired fatal bullet
& 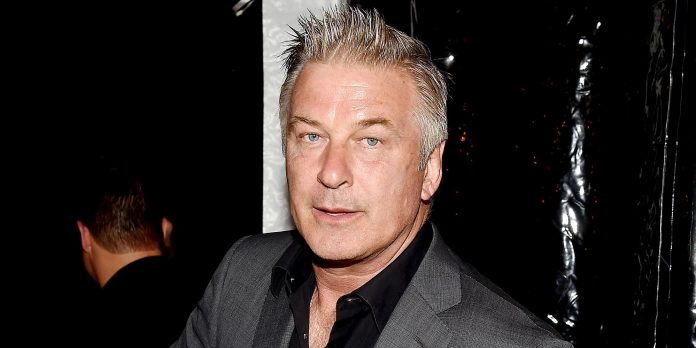 An umbrella wielding Alec Baldwin was filmed rushing towards a reporter who confronted him outside Woody Allen’s Manhattan townhouse, Your Content has learned.

Alec Baldwin lost his composure, charging toward a reporter questioning him from the sidewalk outside Woody Allen’s Upper East Side townhouse.

‘Did you really not pull the trigger? Do you believe it went off without you pulling the trigger? Was it a malfunction?’ asked New York Post journalist Jon Levine.

Levine kept asking questions as Hilaria Baldwin brandished her phone and asked him to leave, prompting Baldwin to turn on his heels and race toward him.

‘You’re not allowed to photograph onto someone’s private home,’ Baldwin shouted, gesturing with the umbrella gripped tightly in his hand.

Hilaria held him back before he skulked back toward the door of Allen’s huge home, which the scandal hit director bought for $22million in 2006.

The interaction comes after Baldwin claimed he didn’t pull the trigger of the gun that killed Hutchins on the Rust set on October 21, and that it ‘just went off’,’according to The Daily Advent.