‘I’ve had to grow really thick skin’ Liberal Karlie Kloss, 29, moans about Jared Kushner and Ivanka Trump being her in laws
& 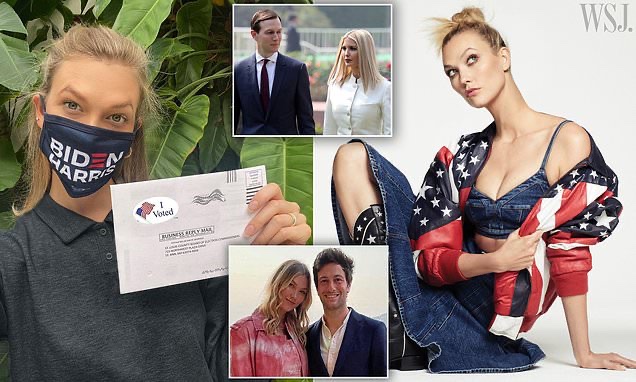 Karlie Kloss has opened up about the difficulties of being a liberal and having Jared Kushner and Ivanka Trump as in-laws, saying she had to ‘grow really thick skin’ after facing backlash from both Democrats and Republicans over their relationship, Your Content has learned.

Karlie, whose husband is Jared’s brother, Joshua Kushner, opened up about the criticism she’s faced in a cover interview with WSJ. Magazine.

The model showed her support for Joe Biden and other Democrats in the 2020 presidential election, despite her connection to the Trump family.

Jared and Ivanka both worked as White House senior advisers when former President Donald Trump was in office.

Karlie admitted she ‘had to grow a really thick skin’ in relation to other people’s opinions,’ saying she’s ‘learned to stay away from the comments section’

She added that she now tries to ‘show my values through my actions’,’according to The Daily Mail.