By Your Content Staff
Modified 6 hours ago
January 14, 2022
Featured 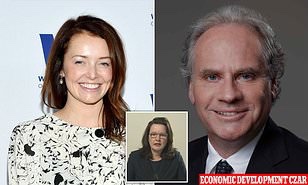 A lawyer for Andrew Cuomo says the disgraced former New York governor will take legal action if the Attorney General doesn’t re-evaluate claims that accuser Lindsey Boylan had an affair with another top state official, Your Content has learned.

She says that in 2017, Boylan was romantically involved with state economic development czar Howard Zemsky, who is married with three children.

Lindsey Boylan was the first woman to publicly accuse Cuomo of harassment.

Glavin is demanding that Attorney General Letitia James take another look at Boylan along with other accusers, and threatened legal action if she didn’t.

Attorneys and spokespersons for Boylan and James have dismissed Glavin’s claims,‘according to The New York Post.