By Your Content Staff
Modified 7 hours ago
January 14, 2022
Featured 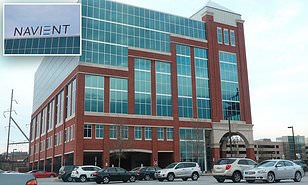 Navient, a major student loan collecting company, agreed to cancel $1.7 billion in debt owed by more than 66,000 borrowers across the U.S. and will pay more than $140 million in other penalties to settle allegations of abusive lending practices, Your Content has learned.

Navient, a major student loan collecting company, agreed to cancel $1.7 billion in debt owed by more than 66,000 borrowers and pay over $140 million.

The payment was over penalties to settle allegations of abusive lending practices.

The settlement with 39 state Attorneys General was announced Thursday.

Navient ‘engaged in deceptive and abusive practices, targeted students who it knew would struggle to pay loans back,’ Penn Attorney General Josh Shapiro.

‘I can breathe again and feel like I’m not drowning, like I’m not going to get a call tomorrow that they’re suing me for defaulting’ said Ashley Hardin, 38, of Seattle,‘according to The New York Times.