By Your Content Staff
Modified 3 hours ago
January 14, 2022
Featured 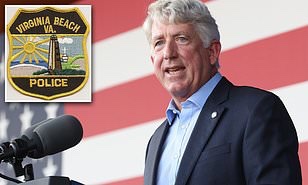 Virginia Beach police used forged documents that linked people’s DNA to a crime to get them to confess or cooperate with investigators, Virginia’s outgoing attorney general announced Wednesday, Your Content has learned.

The Virginia Beach Police Department used forged documents in at least five criminal cases to try to obtain confessions or cooperation from suspects.

From March 2016 to February 2020, Virginia Beach police showed fake lab certificates to suspects they were interrogating.

The certificates indicated the person had been connected to a crime through DNA evidence.

The investigation reviewed 9,600 criminal cases and ‘found a total of five instances over a five-year period,‘according to CBS News.