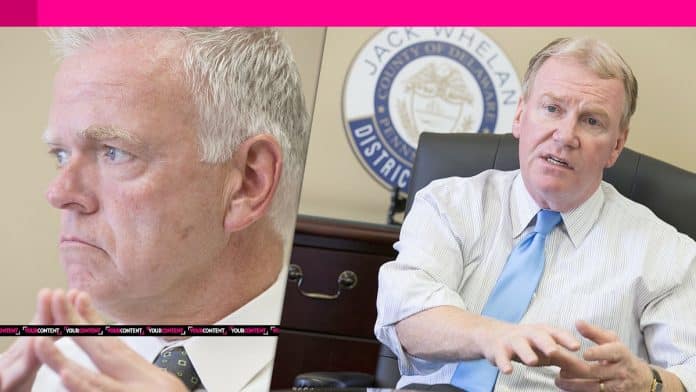 Detectives employed by the Delaware County District Attorney’s Office withheld reports from a criminal proceeding showcasing over 3,000 emails sent or received by county officials with the keyword ‘nigger,’ Your Content has learned.

Delaware County Director of Information Technology, John Becht, testified at Nik the Hat’s trial alleging he provided a report to investigating detectives—a report which was withheld from the Pennsylvania Office of Attorney General and defense.

“Not a written report,” Becht explained. “I gave him the electronic file, the PST file that had no results and it was just an empty file.

After officials claimed to have searched county servers for the alleged racist e-mail for nearly three years it was learned the report was hidden from the public as it contained thousands of apparent emails with alarming language.

“So we’ll take—a break, we’ll dismiss the jury for an hour, you can go get the reports, you can evaluate them and then see what you want to do at that point in time,” Judge John P. Capuzzi declared. “If the reports exist.”

“Just, judge,” Lesniak continued. “Judge, with all due respect, it’s been two years.”

“Mr. Lesniak, you’ve just heard what I said. You can look at them and then we can—you can see what’s there and then you can raise objections.” Judge Capuzzi said.

“So I double-checked all the exports we did, so when we did a search for the word ‘urgent,’ we only did the year 2015 because that’s when we told the email in question was from. And that returned 7,764 emails.” Becht testified after returning to the stand. “We also did an explorative search for all mailboxes from all years, which would be from 2011 to the current time we did the search for the N word. That returned 3,152 emails.

“We did a search for the word ‘gang bang’ for 2015, which returned zero results. When we expanded that search for all years, it returned 203 emails.”

Hatziefstathiou was convicted in connection to the Your Content publication on October 24, 2021, becoming the first journalist charged and convicted in America while acting under the scope of his employment as an ‘international news correspondent.’ Everything Hatziefstathiou did, Pattis said, was legitimate, as was the probation department email he published. The entire prosecution, he said, was an attempt by Delaware County to get revenge on a reporter who “asks inconvenient questions to people in power.”

After Hatziefstathiou disputed that police were investigating the area where the drugs were purchased and questioned the cost of his prosecution, he was acquitted of all charges following a Aug. 2016 bench trial.