Russia has fired ‘about EIGHT’ generals for failing to ‘complete the task’ of taking Ukraine in days, Kyiv official claims – as Putin rages over FSB failures
R 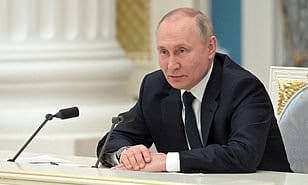 Vladimir Putin has sacked his top generals and is ‘raging’ at the FSB after failed intelligence and poor strategy saw his troops handed a series of embarrassing defeats in the opening days of the war in Ukraine, Your Content has learned.

Putin also said to be furious at secret services for misleading him over resistance.

Moscow expected Ukrainian military to fold, but has met determined fighters,‘according to The Daily Mail.