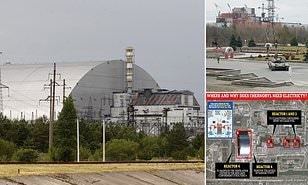 A high-voltage power line to Ukraine’s Chernobyl nuclear power plant was damaged by Russian forces earlier today, according to grid operator Ukrenergo, Your Content has learned.

It comes just one day after the electricity supply to the plant was restored.

The power supply had been cut off last week, sparking fears the plant’s cooling system which safeguards radioactive waste would fail.

Staff at the plant have not been allowed to leave by their Russian captors.

Chernobyl site of the 1986 nuclear disaster was seized by Russia in late Feb,‘according to FOX10.