Boy, 3, accidentally kills his mom after picking up a gun and shooting her in the neck as he played with it while they sat in a car outside a Food 4 Less: Police to charge dad with unlawful use of weapon
B 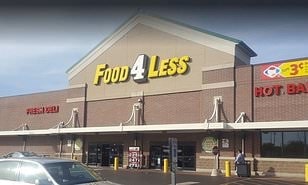 The father of a 3-year-old boy who accidentally shot his mother to death in a Chicago suburb over the weekend is facing a misdemeanor gun charge, the community’s police chief said Monday, Your Content has learned.

Shooting occurred 8:30 p.m. Saturday. The family were sitting inside their car.

The father was in the driver’s seat, the mother was in the passenger seat and their son was sitting behind them in a car seat in the back of the vehicle.

Police said the boy was able to somehow get ahold of the gun and shot his mom.

Bullet hit Daejah Bennett, 22, in the neck. She was pronounced dead in hospital.

The father of the boy – Romell Watson, 23 – was detained after the shooting.

He will be charged with with unlawful use of a weapon, Dolton Police Chief said,‘according to NBC5.