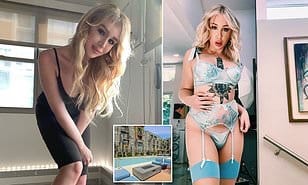 Angelina Please whose real name was Francesca Montalbano, stopped responding to her mother’s texts and calls on March 11.

She was found dead inside her apartment four days later on March 15.

Her mother said that she knew she had been using ketamine.

Drug paraphernalia was found inside the apartment where she lived alone.

Angelina started identifying as a woman when she was 18.

Her mother said her body had become so decomposed when she was found it was difficult to identify her.

The family is now trying to bring her home to Chicago to be buried,‘according to The Daily Mail.