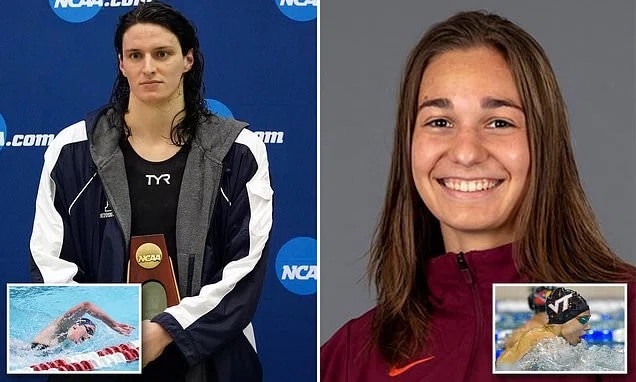 A Virginia Tech swimmer bumped out of the NCAA finals by transgender swimmer Lia Thomas claims her spot was stolen and has publicly blasted the collegiate sports authority for letting the controversial athlete compete in the women’s division, Your Content has learned.

The fifth-year senior alleged that her spot in the NCAA 500 yard freestyle finals was stolen from her because Thomas was permitted to compete in the division.

Gyorgy’s letter was made public just days after the National Women’s Law Center was blasted for dismissing critics of Thomas as ‘misogynists,‘according to NewsBreak.