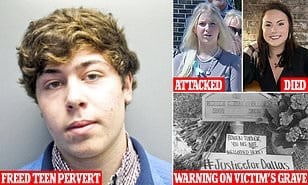 The accused South Carolina teen serial rapist who avoided any prison sentence visited the gravesite of one of his alleged victims after she took her own life, her family members have revealed, Your Content has learned.

Turner, 19, was accused of raping three girls as a minor in South Carolina.

On Friday he was sentenced to five years probation with jail time suspended.

Dallas was subjected to cruel bullying after pressing charges, her sister says.

Classmates and even teachers took part in the abuse, before her suicide.

Third victim Chloe Bess bravely spoke out with her account of the assault,‘according to The Daily Mail.