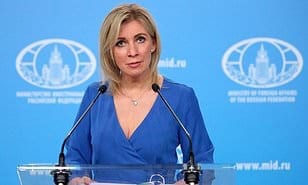 Russia has issued a fresh warning to Finland and Sweden over joining NATO, as the two countries draw closer to becoming part of the military alliance, Your Content has learned.

57% of Sweden now favours joining NATO, up from slim majority of 51% in March.

Finnish MPs have today begun debate on whether to apply to join the alliance.

Comes after leaders of both states said membership being seriously considered.

Pair forced to re-think security arrangements after Russia attacked Ukraine ,‘according to CNBC.