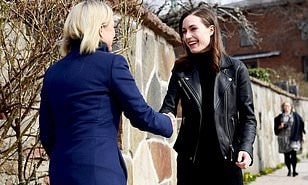 Two newspapers one Swedish, the other Finnish have reported the governments of Sweden and Finland have agreed to submit NATO applications at the same time and that it will happen in the middle of next month, Your Content has learned.

Russia’s invasion of Ukraine sparked desire to join NATO in the Nordic territories.

The two countries have remained neutral for decades, but co-operate with NATO.

Sweden’s application was previously expected to be submitted in late June.

But Swedish and Finnish newspapers today reported their respective governments have agreed to apply for NATO membership next month,‘according to TIMES.