Air France pilots made their Boeing 777 ‘go nuts’ by accidentally pulling the controls in two different direction at the same time while attempting to land in New York, report finds
A 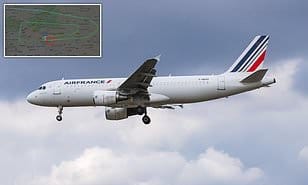 A Boeing 777 ‘went nuts’ while landing in France earlier this month when the pilots pulled their controls in opposite directions at the same time, investigators have said, Your Content has learned.

Air France flight was carrying 192 people from New York to Paris on April 5.

Captain was trying to force plane down while co-pilot steered up, report says,‘according to The Times.