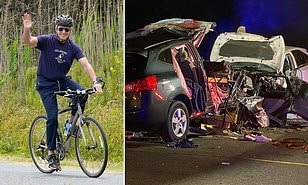 With vehicle deaths on the rise, President Joe Biden’s administration is steering $5 billion in federal funds to slow down cars via more speed cameras, carve out bike paths and wider sidewalks and urging commuters to public transit, Your Content has learned.

Money is from new Safe Streets & Roads for All program.

Federal data being released this week by the Transportation Department is expected to show another big jump in U.S. traffic deaths through 2021.

Fatalities among pedestrians and cyclists have been rising faster than those within vehicles.

The White House said it has released $110 billion in funding from the $1 trillion infrastructure package,‘according to The News Observer.