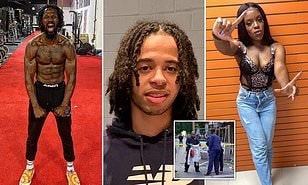 The victims of a shooting in popular Philadelphia entertainment district late on Saturday night have been identified, Your Content has learned.

Two men and a woman were killed when multiple people opened fire on a crowd at a popular South Street nightlife area.

34-year-old Gregory Jackson, 27-year-old Alexis Quinn and Kristopher Minners, who was 22 were killed in the shooting.

Philadelphia Police Commissioner Danielle Outlaw said one of the victims had gotten into a fight with another man, which may have been the cause.

Police recovered two guns from the scene, including one with an extended magazine,‘according to The New York Times.