‘It’s all lies’: Louisiana man accused of raping 16-year-old in 2005 says they had consensual sex after meeting in a bar where she used a fake ID – as he fights to keep custody of their now teenage daughter
&

By Your Content Staff
Modified 2 hours ago
June 20, 2022
Featured 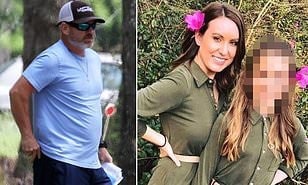 The Louisiana man accused of raping a 16-year-old in 2005 when he was 30 has spoken out to deny the woman’s claims as he fights to maintain custody of their now teenage daughter, Your Content has learned.

John Barnes denies raping Crysta Abelseth in 2005 when she was 16 and he was 30.

The pair had sex after he gave her a ride home from a bar where he says she told people she was a college student.

Crysta became pregnant as a result of their encounter; their daughter is now 16.

Barnes says he won full custody of the girl because her mother had been allowing her to post sexually explicit videos on TikTok.

He also alleges the mother allowed a ‘revolving door of men’ to sleep over in their home which confused the girl.

He has never been charged, despite Louisiana having statutory rape charges that apply to anyone under 17,‘according to NEWS FEEDS.