Highland Park shooter’s mom was convicted of leaving him in hot car for 27 MINUTES when he was 2, as arrest reports reveal her attacks on his dad with shoe and screwdriver
H 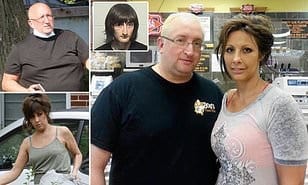 Highland Park shooter Bobby Crimo III was left in a hot car by his mom for 27 minutes as a toddler – with his mother later convicted over the incident, Your Content has learned.

She was convicted over the incident, and subsequently accused of domestic violence by her husband Bob Crimo Jr.

Pessina is said to have attacked her husband with a shoe and a screwdriver during separate incidents.