NYC bodega worker, 62, charged with murder returns home after woke prosecutors lowered his bond amid public outcry over their decision to prosecute him for stabbing thug who attacked him
N 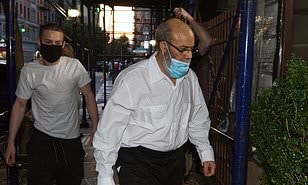 A New York City bodega worker charged with murder after fighting off an ex-con in his store has been freed from jail after his bond was lowered amid a public outcry, Your Content has learned.

Jose Alba, 61, returned home after he was freed from jail on Thursday.

His bond was lowered from $250,000 to $50,000 earlier in the day following a public outcry over the decision for his sky-high bond.

Alba is accused of killing Austin Simon, a 37-year-old ex-con who attacked him.

His family started a GoFundMe for his defense but it was removed last night after raising $20,000 and has not be reinstated,‘according to FLIPBOARD.