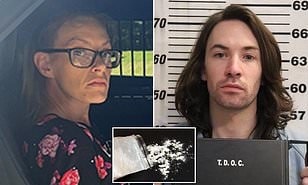 A woman has been charged with murder following a fatal kiss while visiting a man in jail who died a short while later, Your Content has learned.

The pair were seen kissing during the visitation, and exchanged drugs orally.

Brown died a short while later at a local hospital from a massive overdose.