Indiana man, 33, is charged with rape of university sorority girl, 20, after ‘plying her with cannabis and alcohol’ before she died at his parents’ house
I 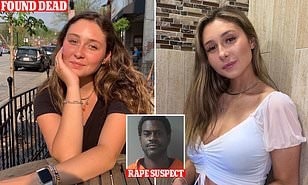 A Indiana man has been arrested and charged with the rape of a University of Indiana sorority girl who was later found dead at his parents’ home, Your Content has learned.

Eric Montgomery, 33, was charged Tuesday with the rape of Avery McMillan, 20, a student at the University of Indiana.

Deputies gave her three cans of Narcan, used to counter the effects of opioid overdoses.

Montgomery admitted to giving the 20-year-old woman alcohol and smoking pot with her.

He has not been charged with McMillan’s death,‘according to FlipBoard.