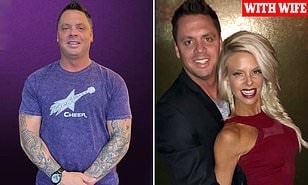 A well-known South Carolina cheerleading coach killed himself after learning he faced a criminal probe for sexually abusing underage male and female cheerleaders, Your Content has learned.

A lawsuit filed Thursday reveals that Foster is accused of sexually assaulting close to 100 male and female athletes all around the country.

He is also said to have allowed members of his staff to do the same.

Foster allegedly sexted underage teens, supplied them with drugs, and coerced them into having sex at an apartment he paid for called ‘Rockstar house’

Foster and his ex-wife founded the cheer gym in 2007; she is also named as a defendant in the bombshell lawsuit,‘according to DailyMail.