Queen Elizabeth II dies ‘peacefully’ at Balmoral at 96 after historic 70-year reign plunging Britain and world into mourning for an unparalleled lifetime of ‘service, duty and devotion’ – as Charles becomes the new King
Q 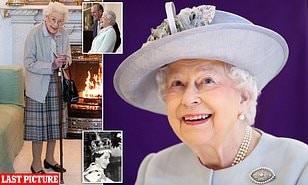 The death of Queen Elizabeth II is announced at the age of 96, ending the longest reign of any British monarch.

Doctors became concerned about her health today – with her children and grandchildren racing to Balmoral.

World joins Britain in mourning, and celebrating, devoted sovereign who ruled the country for 70 years.

Queen’s son Charles, the former Prince of Wales, becomes King and is expected to address the nation shortly.

Her reign spanned 15 British Prime Ministers from Sir Winston Churchill to Liz Truss and 14 US Presidents.

And on September 9, 2015, she became longest-reigning British monarch, surpassing Queen Victoria’s record,‘according to The SUN.