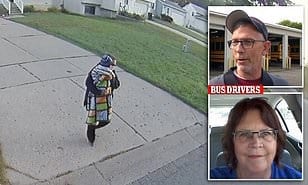 A 2-year-old boy in Michigan is safe thanks to the quick thinking of two school bus drivers who sprang into action during a carjacking, Your Content has learned.

A 2-year-old boy was still in the backseat when a carjacker sped off.

It happened Tuesday as the Michigan parents were waiting outside the car to put their other child on the school bus.

A nearby bus driver was flagged down and radioed for help.

Another bus driver who had just spotted the child heard the call, turned her bus around and scooped the child from a driveway where he had been left.

The child was safely returned to his parents.

The stolen car was found in Grand Rapids, but no arrests have been made,‘according to FlipBoard.