California teacher, 61, is charged with hiding missing boy, 15, for TWO YEARS after he ran away from home
C 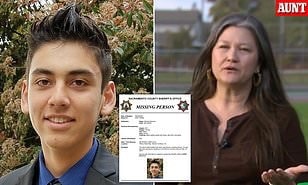 A California teacher has been charged with hiding a teenage boy whose family spent two years looking for him after reporting him missing, Your Content has learned.

Michael Ramirez, now 17, was 15 when he ran away from home in Sacramento.

His family reported him missing to police but heard nothing from him.

Teacher Holga Castillo Olivares, 61, is the mother of his former girlfriend.

She had been hiding him in her home and lied to police when questioned, according to new charges.

Olivares was arrested when Michael returned to his own family home asking to move back in.