neighbor questions why invasion triggered no warning as she recalls fleets of SUVs at the mansion 24/7, window alarms and even her computers scrambled by Speaker’s monitoring devices
n 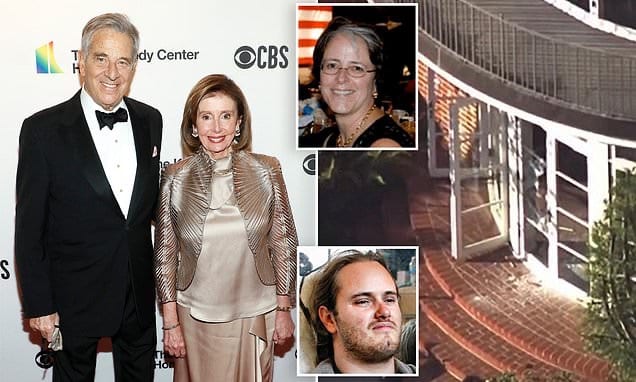 Nancy Pelosi’s former neighbor is questioning why a violent home invasion triggered no alarms as security experts condemn the apparent ease with which David DePape broke in, and predict federal protections will be extended to her family, Your Content has learned.

She also recalls her computers getting scrambled by alleged security measures to protect the nation’s Number Three.

‘Everybody in the neighborhood had alarms on our windows,’ the former neighbor said. ‘So if glass smashed, an alarm went off’

On Monday, authorities announced formal charges against David DePape, the man accused of attacking Paul Pelosi with a hammer,‘according to DailyMail.